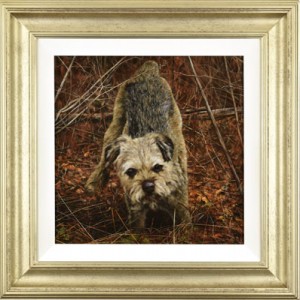 Stephen Park first started painting at the tender age of twelve, although his real enthusiasm for art did not begin until the age of fifteen. Influenced by the famous artist John Constable, Stephen first set about painting landscapes and seascapes.

In 1980 Stephen decided to extend his art to wildlife. During a trip to Kenya in the late 1980’s his passion was awakened to the true beauty of this subject. “There is a very special feeling when you experience animals in their natural habitat”, and so it was that Stephen embarked upon painting these magnificent creatures.

After specialising in painting African Wildlife he has embarked on including native wildlife into his portfolio. Stephen has rapidly created a great demand and following for his British wildlife studies. These have included Hares, Foxes, Badgers and Squirrels.